Mental Health in Islam - The Importance of Islamic Counselling 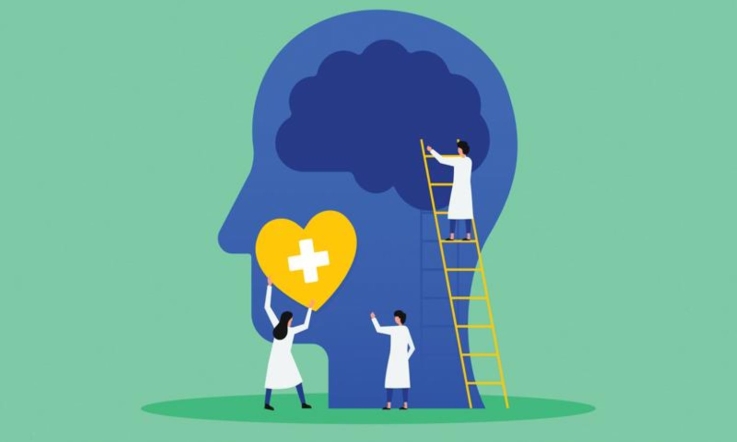 Mental health is the status of a person’s emotions, feelings, and social well-being. Many workers in the psychological fields are noticing the importance and need for faith integration in the study of the mind and therapy. With the prevalence of mental illness and the decline of psychological well-being in the current time, more people are turning to their religious practices. Research has shown that patients are asking to speak about their faith with their mental health care providers. Moreover, many clients who suffer from ill mental health hesitate from visiting a mental health therapist for the fear of not being understood because of their religious practices and culture. Muslims are not immune to the need for mental health support. Many Muslims suffer or know close relatives who are suffering from mental illnesses such as depression, anxiety, and phobias. In Islam, mental health and well-being have been continuously mentioned in the teaching of Islam in both the Quran and Sunnah. Islam encourages us to seek help when needed.

When we take a look at the Quran and the prophetic sunnah, we see many examples that illustrate the importance of mental health. In the early ages of the prophet Muhammed’s massage when he used to meditate in the cave of Hira. Angle Jabrael -peace be upon him- asked him to read verses from the Quran, the revelation from Allah the almighty. The prophet's peace and blessings are upon him was afraid and worried. His feeling and emotions were disturbed, and he ran to his wife to comfort him. He acknowledged his feelings and his need for support from someone who will understand him. His wife Khadija -May Allah be please with her- comforted the prophet -peace and blessing be upon him- and reminded him of his good qualities. Another story is when the dawah of Islam started and the prophet-peace be upon him- began to tell the people about the message of Allah -SWT-, he was called names and was accused of being a magician, a poet, and a liar. Our beloved messenger sought the support of his wife and his best friend Abu Baker- May Allah be pleased with them-. In the biography of the prophet -peace be upon him- we see many incidents where he sought the advice and mental support of his companions and his wives. Even the companions -May Allah be pleased with them- sought advice from each other and support from Allah -SWT- first.  There is a lesson here about the importance of mental health and support seeking. When we are feeling low, it is recommended to seek assistance. In addition to the stories in the Sunnah of the Prophet, in the Quran Allah -SWT- mentions the story of Musa - May he be pleased with him- when he escaped from Egypt fearing the punishment of Pharhon and his people. Musa -peace be upon him- was in fear from the Pharao after the news of the order of him being killed came to him. He escaped and on the way he found two women trying to feed their flock of sheep. Musa helped the two women, then he went to meet with their father after he asked him to come. He was revealed after telling him his story. Allah -SWT- says in the Quran: ((Then one of the two women came to him walking with shyness. She said, "Indeed, my father invites you that he may reward you for having watered for us." So when he came to him and related to him the story, he said, “Fear not. You have escaped from the wrongdoing people”)). 25:28 Musa - peace be upon him- also sought help in the time of distress. Stories in the Quran and the Sunnah are means of learning for us to follow the steps of the prophets and the companions. In addition to the emphasis on mental health in the Islamic sources, many of the teachings of Islam are therapeutic by nature. For example, prayer is one type of therapy. When we feel sad or worried, we are instructed to perform Salah and make Dua or supplication.

Why do we need Islam in mental health therapy?

Therapy, in a nutshell, is the process of resolving problematic behaviour, beliefs and relationship issues. In therapy, the client will discuss her or his problems from their point of view. For the process to be successful, the counsellor or the therapist needs to be aware of the client’s culture, lifestyle and religious beliefs. Mental health therapists are required to respect clients' beliefs and cultures and help support them in respect to those beliefs. However, many people who need mental health support refrain from going to clinical counselling and therapy. The rejection of therapy comes from many reasons such as the fear of one’s religion being negatively affected by therapy. While all counsellors are required to respect the client’s beliefs and culture, a Muslim therapist will be more suitable for a Muslim client. As Muslims, our lifestyle is based on our religion, Islam. Therefore, the process of healing for us is directly related to our beliefs and teachings of Islam. A Muslim counsellor understands our worldview and how important the Quran and the sunnah are for our well-being, therefore, he or she might be using some verses of the Quran or Hadiths of the prophet -peace be upon him- to direct us to heal. As mentioned above, in Islam there are therapeutic practices such as prayer, supplication and fasting. Fasting, for example, has been proved to be beneficial for our physical health. In addition to the physical health benefits, fasting is beneficial to our mental health as well because it increases our focus and allows us to ponder about the blessings we have been given from Allah -SWT-.

Blog
Tips to maintain your mental health as a Muslim working woman ›
Blog
Shift your Mindset. Shift your Worldview! ›
Blog
The Importance Of Psychological Counselling ›
Become a Member
Get started
Become a Service Provider
Get started
Subscribe now to follow our latest updates