How To Increase Your Iman | All You Need to Know 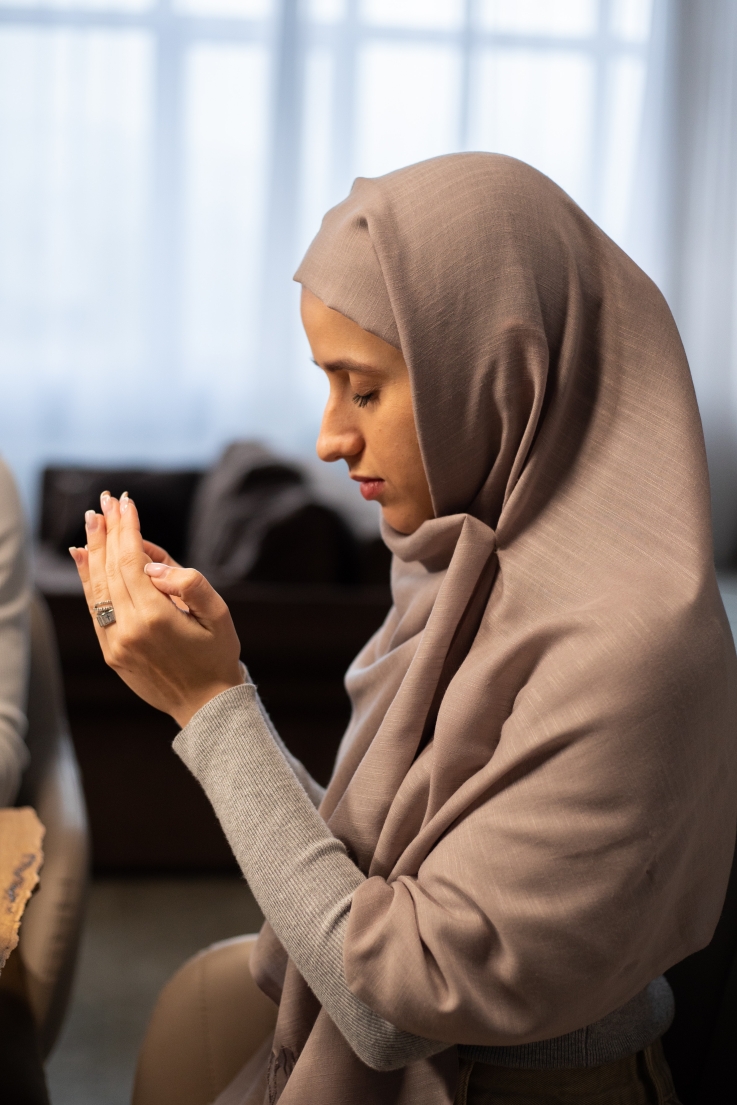 What is Iman? A Comprehensive Explanation

The word "Islam" in Arabic translates to "submission". We are "Muslims" because we are in constant submission to Allah SWT. Fully submitting to Allah means always putting Him and His commands first in every situation, even above our desires and feelings. Everything a Muslim does revolves around Allah SWT. This is because Allah created us and everything in this universe. He is All-seeing and All-knowing. Nobody is worthy of worship and submission except for Allah SWT.

However, submission isn't an easy, overnight process. The way by which our submission can grow is by increasing our iman (belief/faith) in Allah SWT. The word Iman in Arabic comes from the root word "amn" which translates to "security" and "trustworthiness" ". A Muslim is secure in the statement of "Allahu Ahad" or Allah is one (112:1). They trust in Allah's Perfect Command over their lives and the universe. This tells us that Iman holds a deeper meaning than just having "belief" in something.

An example of what iman is can be shown through a hadith, where Prophet Muhammad PBUH said: “None of you truly believes until he loves for his brother what he loves for himself.” (Bukhari).

This hadith shows us that having iman is not limited to having an internal belief in something. True iman is only when it is manifested in a Muslim's behavior, actions, and etiquette especially when dealing with other people. Learn more about the definition of iman here.

Imam Hasan Al Basri RA was once asked "what is iman"?

The Sweetness of Iman

There is a distinct sweetness that comes with having iman. There's nothing like it. Only people who have tasted its sweetness before, will understand this. Reaching a level of sweetness in iman does not happen over-night.

Anas Bin Malik RA reports that Prophet Muhammad PBUH said, “Whoever has three traits within himself will find the sweetness of faith: one who loves Allah and His Messenger more than anything else, one who loves a servant only for the sake of Allah, and one who hates to turn back to unbelief after Allah has saved him, just as he hates to be thrown into the fire.”

Learn more about it here.

Iman Goes Up And Down

Iman is a blessing from Allah SWT that we will never be worthy of, and like all blessings that are given to us by Allah, there is no guarantee that we will always have them. We are not worthy of any blessing that Allah SWT gives us, let alone our iman. It was reported by Abdullah ibn Amr that the Prophet of Allah PBUH said, “Verily, the faith of one of you will wear out within him, just as a shirt becomes worn out, so ask Allah to renew faith in your hearts".  Our iman is not stable. Our iman will constantly go up and down. It's how Allah created us, and that’s natural.

Our faith will continuously wear out. It doesn't matter if a believer is a great scholar of Islam or one who sometimes strays away from Allah. Every single believer's iman will constantly go up and down, with no exception. Luckily, there are some things we can do to increase and maintain our iman.

Ways to Increase Your Iman

1. The book of Allah SWT is the ultimate guidebook for anything and everything that happens in our lives. The Quran is a healer and a reviver of the heart. Reciting it will guarantee an increase of iman, because of the power and beauty that Allah SWT has given it.

2. Look at those who have less than you. Gratitude softens the heart that is hardened. Iman can then enter the soft heart and not a hardened one.

Prophet Muhammad PBUH tells us “Look at those below you and do not look at those above you, for it is the best way not to belittle the favors of Allah.” (Bukhari).

3. Give charity. Charity is a purifier of sins and wealth. Sometimes our iman gets low as a result of the number of sins we're committing. Giving charity is a good way to rid the heart of sins and gain the taqwa of Allah.

4. The night prayer or tahajjud is one of the best ways to build and maintain a strong relationship with our Creator. Allah SWT, after all, is the controller of hearts, right? Stay connected to Him and Allah will help you when your iman is low.

"Hold tight to night prayer, for it was the way of the righteous before you, a way of drawing closer to your Lord, an expiation for wrong deeds, and a shield from sin.” [Tirmidhi]

Sometimes, your iman can go downhill if you are facing challenges with mental health, anxiety or depression. In such cases, the go-to option would be to seek help from a mental health professional.